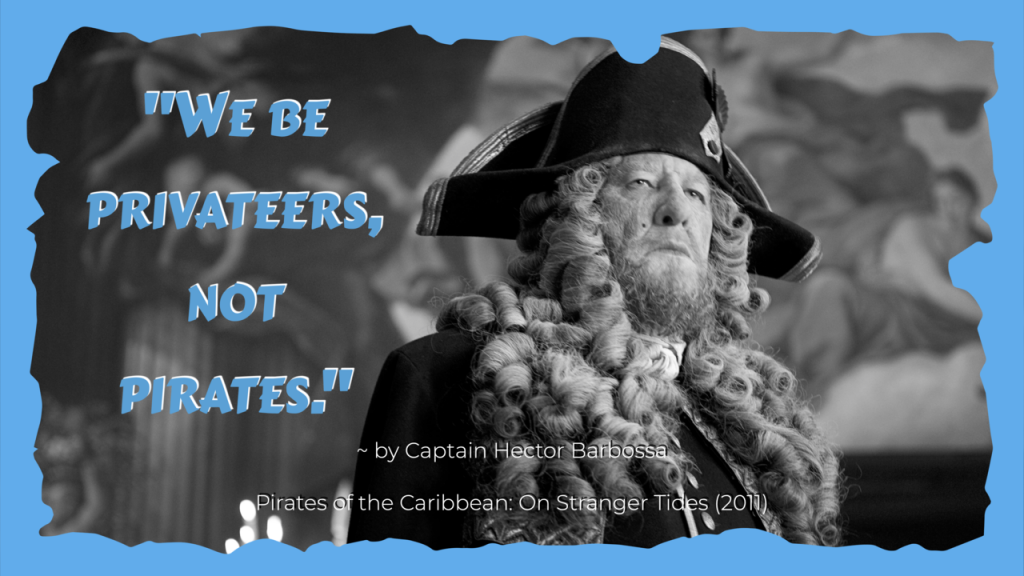 Steve Jobs once said that “It’s more fun to be a pirate than to join the navy”. With that he meant that launching a startup is more exciting than joining an existing corporate because you can have more impact. You’re not bound to existing hierarchies, processes, bonus structures, etc. and can innovate where you want and see the demand for. And as a small startup, you can move quickly, fail without directly harming someone and sometimes just do because your gut tells you so.

Organizations that want to become more innovative are telling their employees to think more like a startup and search for the next big thing. But then, at the same time, they want everyone to execute on the existing in an impeccable manner. And this is causing friction. Because how can you ask people to try new stuff but don’t allow failure? Or how can you expect managers to approve radical ideas that will hurt existing product lines that are influencing the managers’ bonus schemes? In short; how can individual employees explore while the rest of the organization is mainly focused at executing (and then not getting fired for it)?

Organizations able to search while executing are called ambidextrous. According to the Oxford Dictionary this refers to somebody that is able to use the right and left hands equally well. Not searching or executing, but searching while executing.

In May 2021 I ran two sessions titled ‘Pirates in the Navy’ (not or) during the #INNOVATE! Forum by HYPE Innovation. Together with the innovation experts from various large companies, we talked about paradoxes that exist in traditionally led corporates that simultaneously expect innovative behavior from their employees. In different breakout rooms, we explored how the attending companies were trying to overcome these paradoxes according to five themes.

When discussing the placement of the innovation department or team in the organizational hierarchy, most were in a specific R&D or Technology department but were still tasked to engage all employees with ideation. Participants agreed that it’d be better to place such a team next to the executive board, or directly under the CEO to make it easier to start and convince all employees to participate.

Without such top-down guidance, it takes a long time and a lot of efforts to build a strong innovation community. If you find yourself in such a situation, accept it and grow step by step. Start with a limited crowd and use the enthusiasts to advocate for your program. Here it’s essential that the purpose and definition of innovation is clearly formulated to make all people understand what is expected.

This behavioral guidance seemed especially relevant for employees working according to a more defined pattern, like chemists, scientists, etc. Attendees saw reluctancy to participate in ideation efforts because “you always told me to deliver my work perfectly and now you want me to share partial ideas?!?” Participants felt not everyone always seemed to understand the difference between an idea and an innovation. The participants advised to clearly communicate that ideas are there to be build upon and that a lot of small ideas can jointly make a big impact.

Similarly, younger employees seem to be more willing to show acts of piracy than their more senior colleagues. That’s not per se an age limitation, but more that these people have been with the company for a long term and became indoctrinated by policies and regulations; “we always did it like this” was seen as a true “navy-quote”.

This need for behavioral change does not only hold true for idea submitting employees, but also for management. To ask for ideas on a certain challenge, participants saw resistance from middle management as asking for improvement was seen by some as an acknowledgement of current failure.

A shared idea to celebrate failure that was embraced by many participants was to organize “F*ck-up nights”. During these sessions, senior management shares stories where things absolutely went wrong. The goal is to humanize people and set a climate that allows for failure. To set the stage, the innovation team kicks off with a story of their own followed by the senior leaders. Make sure to puppeteer this from behind so leaders understand how to behave and don’t try to turn it into success stories. One company follows up with a DesignThinking training and challenge, and witnesses more freedom in idea sharing at the teams where they started of with a F*ck-up night.

A more official method to get innovation embraced throughout the company is to get it in everybody’s objectives. Although it can be quite hard to translate innovation vagueness into concrete KPIs, attendees agreed having something there would help create more awareness and participation. Other companies were supporting and stimulating employees to turn their own ideas into concepts. The intrinsic motivation to grow your own idea removes the need for formal objectives, and it still allows the innovation team to spread innovative skills throughout the company. One company used their idea- and innovation management system to assign budgets in a yearly cycle. It makes more people interested in and adds a level of professionalism to the innovation program. This should all help to get more accepted by the navy colleagues, which was admired even by long-term innovation managers that sometimes still felt like a pirate.

Although the participants agreed that companies need to balance their innovation portfolio, most only had a clear innovation strategy for the near-term horizon. The importance to work on short-term, must-win battles seems more obvious, also allowing a more clear explanation of the “What’s in it for me” in order to engage employees.

The speed of market change that a company is in, also seemed to impact the availability of a long term innovation strategy. Some companies just look at the coming years because their world would just be completely different on longer term. Then long-term companies, like aerospace, seemed more willing to invest in radical development projects but at the same time felt more vulnerable for disruption.

A possible solution that was raised, was to utilize the short-term gains to invest in long-term innovation. Low hanging fruit takes less energy to realize but can create a lot of value, which can then be invested into long-term project where there is not always budget available for.

Senior buy-in and having the right funding in place to make strategies work, was seen as an important requirement to have a clear, long-term innovation strategy in place that would also deliver real outcomes. Everybody agreed that the longer the innovation horizon, the higher the need for strong leadership backing.

Building on the previous discussion balancing the innovation portfolio over different time horizons, attendees agreed this should be translated to a just so balanced ideation campaign roadmap. Consumer opportunities as well as ideation challenges should be shared through clear problem definitions and engaging campaign questions to receive relevant ideas that were seen as the essential ingredients for a well-composed innovation cake.

To involve everyone, including the people whose main role is around current products and services, depends quite a bit on the culture of a company. If your company always did require perfectionism, employees might be reluctant to share not yet proven ideas. In those cases it helps to literally state what kind of behavior you’d like to see, and that ideas can be elaborated through collaboration and that you thus want to see those early ideas as well.

The best method to convince skeptical people is to prove positively evaluated ideas are taken to implementation and are creating value. To prevent you are collecting ideas for the sake of collecting ideas and not realize anything, it is advised to reserve a budget upfront. Apart from a more realistic follow-up, it creates trust and a better understanding of what is being asked for by the participants.

Supercharging ideas was seen as an important step between ideas and (implementation) projects. Ideas can be supercharged via early prototyping, end user validation or even business casing. This helps to create more visibility of the ideas towards stakeholders (that may be managing related projects) and generate context around the ideas allowing a smoother implementation. One example was shared where a team with different skills was put around a highly valuable idea in order to create different business cases for a pitch.

Pitching ideas to decision-makers was seen as a valuable way to supercharge ideas. The selection of the right jury members and the creation of an “open culture” supports that disruptive ideas are shared and put into action for next implementation steps.

During the discussion about tracking innovation performance, we talked about “Pirate Metrics (as also mentioned in the book “The Corporate Startup”, by Tendayi Viki et al.). Activity metrics, like Comment-to-idea-ratio to measure the online discussion or Selected-vs-submitted-ideas-ratio, to track the submission quality. Then people were using processing ratios, like the Implemented-vs-submitted-ideas-ratio, to measure the end-to-end process and showcase ideas were actually pushed through and the process works. Finally, when time is there, innovation programs should report in financials as well according to the attendees.

Showing (and preferably even proving) that ‘innovation’ also drives revenues and reduces costs in order to make money, helps to convince the more conservative, Navy part of your business.