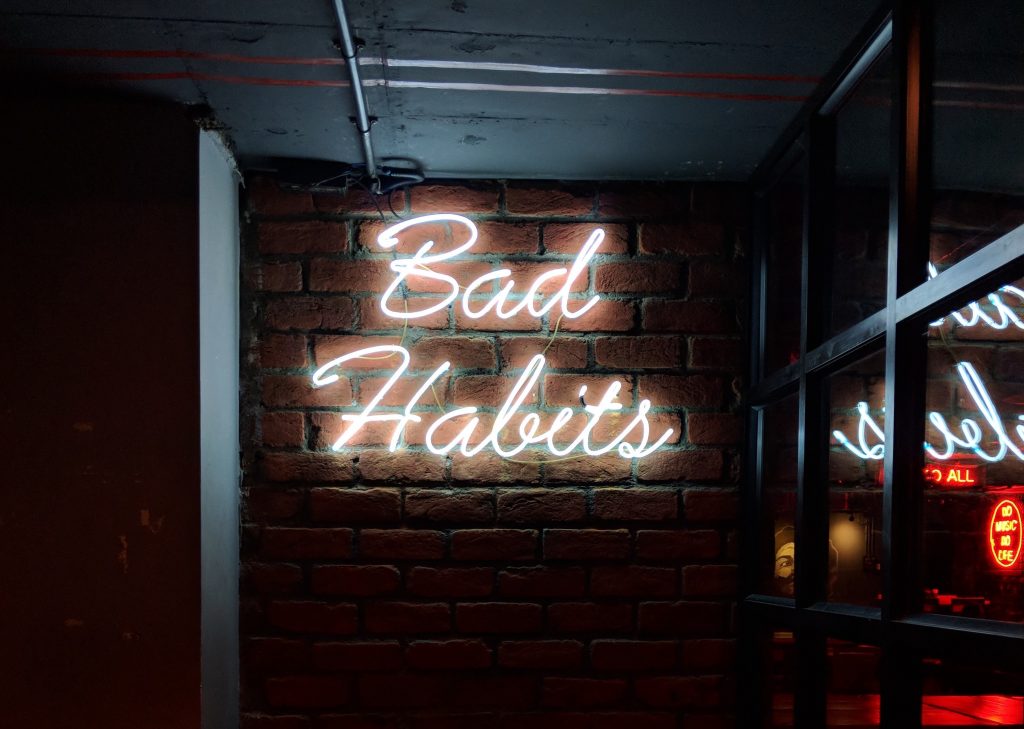 Photo by Manan Chhabra on Unsplash

Your company’s culture is an undeniable driver of your company’s innovation engine. It’s what moves you to action. It is the collective mind and spirit of everyone in your organization—the shared values, expectations, and norms that guide your diverse group of people toward a common goal. Your organizational habits can make or break your innovation programs. And we all know how hard it is to start new habits or break bad ones.

In this blog, I list six habits that kill your company’s ability to improve and innovate. Companies have great execution habits to manage and improve their existing business, which can also kill any potential new growth initiatives. These days, it’s so important for companies to have what it takes to become an ambidextrous organization, which means that you can search while executing. So, if you want to get better at corporate exploration, I think you should consider the following six habits.

𝗛iring the same kind of people as before

Innovation thrives on diversity—gender diversity, ethnic diversity, sexual diversity, age diversity, cognitive diversity, etc. A group of people with different backgrounds and ideas can come up with more ideas faster. It also allows you to better adapt your idea based on the wider feedback that you’ll receive. But to achieve this, it’s imperative to hire different kinds of people as before, consciously. To create a more diverse workforce and prevent working just with people focused on execution. Attract people with specific innovation skills, like prototyping and experimenting with a new offer. They can help move things faster. And make sure to capture the insights and ideas from all new hires, when they’re still fresh and able to think as an outsider.

𝗔dding layers instead of removing them

Big companies have great execution power and a successful business model to go with that. The organizational structure is built around that and grows with the company. That systematically reduces the risk and span of control, which makes total sense for execution. However, the more layers in a company’s hierarchy, the more distance between the executives and the executing. More layers increase the level of authority bias, which means that bottom-up ideas are given less weight because of where they came from, which has nothing to do with their quality. It is actually the bottom layers, with a lot of knowledge and experience about their business and tasks to be performed. Extra layers integrated into the execution engine will install extra heads of something that all have their own metrics around efficiency and effectiveness. That will throw up roadblocks and easily kill new growth initiatives inside your company.

A lack of trust is, in most cases, the mother of procedures and approval flows. This is to prevent the company from non-reversible decisions with substantial sunk costs, and it makes total sense that someone needs to ultimately provide evidence that an idea makes sense. But often, established companies require detailed business plans right from the start. Uncertainty of new ideas results in carefully crafted idea nonsense to prove they will work. Causing more bad decisions and more sunk costs. Don’t get me wrong; an execution engine with its rigid processes has its place in established companies. But to invest and test new business models and value propositions, you need a search engine next to it. Good innovation processes require rapid experimentation with simple and cheap prototypes. By only accepting the fully mature, you might kill the next big thing.

𝗜gnoring insights from the operation

If you’re familiar with the concept of “The Iceberg of Ignorance,” you know that only 4% of problems are known to top management. Another mere 9% of problems are known to middle management. It’s the front-line employees that are aware of all the problems, but they often don’t feel solving them is part of their job. It’s imperative to make innovation part of everyone’s job, and to create an environment that encourages people to share their perspectives. That requires a continuous focus on employee engagement and psychological safety. And don’t forget, your front-line staff is in contact with your customers daily. Learn from customer interactions and loop them in when developing new value propositions. Many companies are more obsessed with their competition than their customers, but that’s where you’ll eventually win the battle.

𝗧argeting competition instead of collaboration

Working at a company is NOT like playing sports where you compete, and one person or team wins. This analogy might hold up when looking at the entire company versus its competitors, and then the targets and bonuses should reflect this “we’re all in this together” feeling. Still, organizations are turning company-wide goals into narrow goals that make departments and people compete with each other. I’ve seen a situation like this where the total sales goals were split between the stores, telesales, web sales, and other channels. That made it harder for them to sell together, and they even said bad things about each other to potential new customers. Here, it hindered sales, but a lack of collaboration also negatively impacts innovation. Innovation is never the work of just one person, and it always requires joint efforts from multiple departments in your company.

Existing companies are focused on managing the present, and rightfully so. That is where the revenue comes from and how salaries are paid. But too much focus on execution habits can easily kill any potential new business. Past performance does not guarantee future results, as the Netherlands Financial Markets Authority likes to state. And sticking to how you’ve always done things is irrelevant when it comes to inventing the future.

According to the theory behind the Three Horizons framework, you should spend 70% of your resources on Horizon 1, or improving your existing business. Then you have respectively 20% and 10% for Horizon 2 and 3 projects. Especially for horizon 3 efforts, I advise creating a protected space and teaching your people intrapreneurship skills. Explain how to build prototypes and test ideas with customers, and turn that behavior into a habit. Roll up your sleeves and internalize the hard work involved in market research and customer validation because that is what allows you to acquire a lot of knowledge. Enabling your people to decide how to adapt based on market feedback, creates this iterative process that increases idea quality. Eventually, one should be able to decide if it makes sense if his/her idea will be implemented, or whether it is better to pull the plug.

By breaking the bad habits killing innovation in your company, you will turn your ecosystem into an innovation engine.